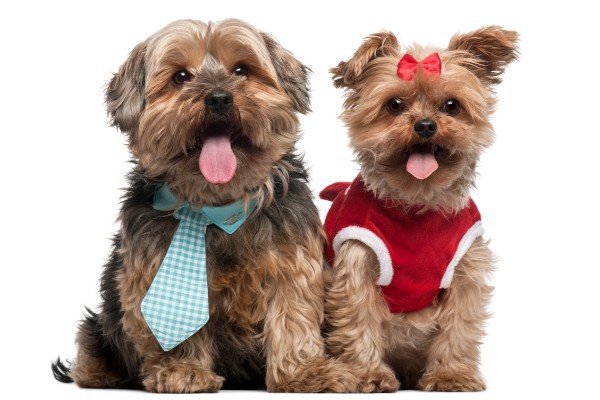 Pets are often a big part of our families. In fact, some people refer to themselves as pet parents or speak of their pets as if they were their children. It’s important to care for our animal friends, and this is true even after we have passed on. Some people set up pet trust while others name their devoted pets as beneficiaries in their Wills. Seven lucky pets that inherited fortunes continued to live a good life even after their owners were gone.

Although Leona Helmsley was nicknamed the “Queen of Mean,” she was devoted to her dog, Trouble. Before passing away in 2007, Ms. Helmsley wrote a Will leaving $12 million dollars for Trouble’s care.

However, a judge later ruled that $12 million greatly exceeded the amount of money actually needed to care for her pets. Trouble’s inheritance was reduced to $2 million.

Thomas Shewbridge made his money as a California prune farmer. When he died, he left his entire fortune for his two dogs, Mac and George. Not only did the pampered pooches inherit an estate worth almost $250,000 but they also were allowed to attend shareholder and director meetings for Mr. Shewbridge’s company.

Miami socialite Gail Posner believed in spending money on her three dogs. In fact, she reportedly paid up to $8,000 a month on supplies and services for Conchita, Lucia, and April Marie. So, it likely came as no surprise that Ms. Posner remembered the three dogs in her Will. The surprise may have been how much she left — $3 million in a trust fund to provide support for her furry friends.

Miles Blackwell and his wife, Briony, loved farm animals so much they created a foundation for them. However, their favorite hen landed the biggest nest egg. When Miles and his wife died in 2001, Gigoo inherited $15 million.

Are You Interested in Providing for a Pampered Pet?

Consult with an attorney first. Pet trusts are a common way of leaving money for the care of  your beloved pets.

John Mangan is an experienced Florida estate planning attorney who has been board certified in Wills, Trusts & Estates by the Florida Bar. At the Law Offices of John Mangan, P.A., we have assisted many clients in developing comprehensive estate plans that meet their needs. Call us at 772-324-9050 to set up an appointment or use our convenient Contact Form.

Our office is still open and available to assist. We are able to interact and provide services without physical contact. Please call us at 772-324-9050 for any help.