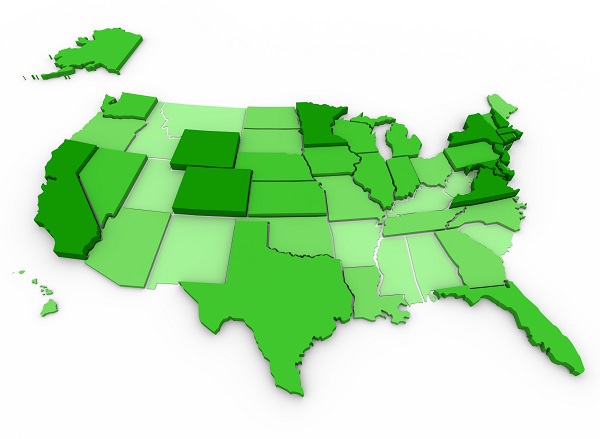 The word “domestic” refers to the fact that the trust will be established in the United States. However, only 17 states allow the formation of Domestic Asset Protection Trusts:

Nevada is generally considered to be favorable to the formation of DAPTs. Some states allow DAPT funds to be tapped for certain kinds of debt: child support and alimony. Nevada DAPTs protect against this type of debt. South Dakota allows this type of debt only if the debt was in place at the time assets were transferred to the DAPT.

Some states levy state income tax against DAPTs under certain conditions. For example, Delaware and some other states only tax DAPTs owned by their own residents.

Nevada and South Dakota also are considered easy to use because an Affidavit of Solvency is not required for every transfer. Many other states do require this affidavit.

Previously, Alaska was considered to be a good state for DAPTs. The Alaska Supreme Court recently ruled on a case that involved a DAPT set up in Alaska by Montana residents.

A lawsuit and countersuit were filed in Montana. Shortly before the counter-plaintiffs (the Wackers) won, the other family (the Tangwalls) transferred property to an Alaska asset protection trust. The Wackers filed and won a lawsuit in Montana against the Tangwalls for fraudulent transfer. The Tangwalls then filed a lawsuit in Alaska to block attempts to use funds from their Alaskan DAPT to pay their Montana judgment.

The main point in the court order is that one state (Alaska) cannot limit the jurisdiction of the court of another state (Montana). Because of this and similar rulings by other courts, DAPTs established in a state other than the settlor’s home state may be vulnerable.

Use the Asset Protection Strategy That’s Right for You.

A Domestic Asset Protection Trust is not your only option. In fact, a DAPT may not be your best option. Asset protection trusts established in foreign countries typically offer better protection. Before establishing any trust, talk to an experienced attorney.