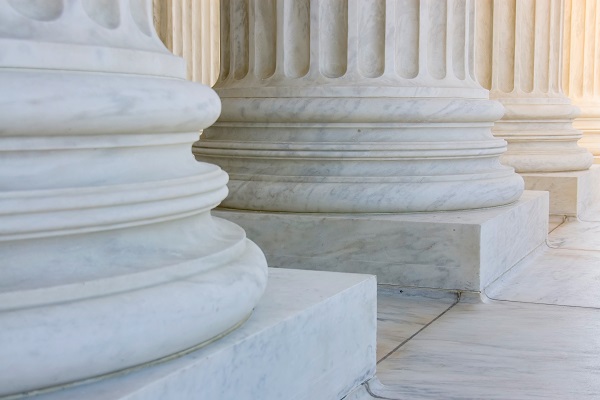 Some say a man who represents himself in a legal proceeding has a fool for client. Chief Justice Warren Burger probably heard that saying, as it is very common in the legal field. However, if he did know the saying, it certainly did not stop him from writing his own Will. The question is: Was he a fool for writing his own Will?

Chief Justice of the Supreme Court

From his working-class beginnings, Warren Earl Burger worked his way up to the highest court in the land.

Born in 1907, Burger got his first job at age 9 – delivering newspapers. After an illustrious high school career, he began attending night classes at the University of Minnesota while working during the day. In 1931, he joined a law firm in St. Paul.

After serving as assistant U.S. attorney general during the Eisenhower administration, he was nominated to the U.S. Court of Appeals.

In 1969, Burger succeeded Earl Warren as chief justice of the United States Supreme Court. He served until his retirement in 1986.

During his time on the bench, he likely wrote many legal opinions with help from other justices and law clerks. When it came time to do his estate planning, though, he decided to draft his own Will.

Burger’s Will consisted of about 176 words. Shortly after his death, articles were written that accused Burger of writing a deficient Will that did not include any tax planning. On its face, that appears to be true. The Will makes no mention of taxes or tax planning.

However, to understand his estate situation, one must dig a little deeper.

Burger’s wife, Elvera, passed away about a year before Burger. The couple had consulted with an attorney about tax implications arising from their deaths. So, Mrs. Burger’s Will left her maximum estate tax exemption amount to her children, not to Chief Justice Burger.

In other words, Burger did not have to include estate tax planning in his Will. His wife’s Will, in conjunction with his, took care of everything. Despite initial stories that his heirs faced a big tax bill, they did not.

Still, Estate Planning Is NOT a Do-it-Yourself Project

Chief Justice Burger’s children were lucky that their parents took care of the potential tax consequences for them. However, the important thing to remember is that it was estate planning that saved the day, and that is best left to a trained attorney.