The Effect of Proposed Tax Reform on Your Estate 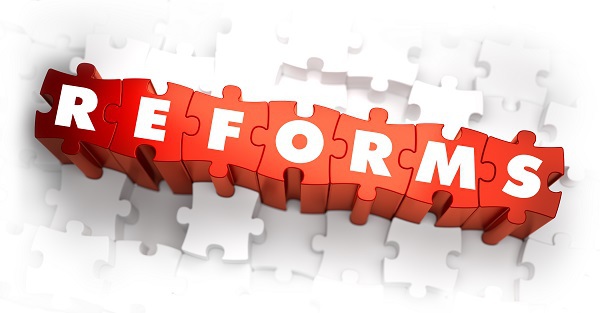 American taxpayers have made one message clear: it’s time for tax reform. Congress and President Trump’s rhetoric have raised hope that relief is on the way. But it also leaves taxpayers wondering what effect the proposed tax reform will have on estate planning.

When most people think of tax reform, they think of lowering income taxes. In fact, President Trump campaigned on tax reform that would lower the tax burden on small businesses and middle class families. His tax plans also call for repealing federal estate tax and generation-skipping transfer tax.

Federal estate tax, or death tax, has been in place since 1916. The current IRS rules exempt estates up to $5,490,000 from paying estate taxes, though the exemption limit is indexed to inflation and subject to change. Estates valued under the limit do not owe federal estate taxes, although some states do levy an estate tax. As of 2015, two states – Maryland and New Jersey – charge both estate and inheritance taxes.

Some do not want the estate tax repealed. A group called “Patriotic Millionaires” say the tax “is needed to fight economic inequality. Others argue that the federal estate tax is “economically inefficient” and discourages older taxpayers from investing.

At this time, some strategies for avoiding the estate tax include gift-giving [link to 10/26/2017 blog] and charitable giving to reduce the value of the estate. Also, trusts have become a common method of lowering or reducing an estate’s tax bill. These methods, of course, are used under current tax law and may not be effective under a new tax code.

Tax reform bills are still in the planning stages, although progress is being made. Still, even if a tax bill is passed, the effect on taxpayers may not be known for some time until after its implementation.

According to some sources, wealthy families have delayed estate planning until they see what will happen with tax reform. However, whether the reform takes place or not, life goes on with its complexities and uncertainties for the future. To protect your beneficiaries’ inheritance, make sure your estate plans take advantage of current strategies to reduce taxes.

Concerned About the Effect of Tax Reform?

To find out if tax reform will alter your estate plans, contact the Law Offices of John Mangan, P.A. As a Florida board certified Wills, Trusts and Estates lawyer, Attorney John Mangan has the skills and experience to develop appropriate strategies for your individual situation. Please contact us at 772-324-9050 for more information or complete our Contact Form.